Home World Horoscope Alexandrite. The unique properties of the mineral, types, who is suitable for the sign of the zodiac

Alexandrite is a unique and expensive mineral that belongs to chrysoberyl species. This gem belongs to precious stones, while it does not need to be cut or advertised, as it is known to everyone. The stone has a unique and deep history. In addition, alexandrite is a stone that has amazing healing and magical properties, as well as an original color, which can vary depending on the lighting. This stone is rarely found in nature, and therefore is considered one of the most precious and exclusive minerals.

It is worth noting that alexandrite has a relatively small history, since it was first discovered in 1832, however, it was then considered that this is a kind of emerald. The first mined stone was donated to Alexander the Second (the future Russian Tsar) back in 1834 for his sixteen years old.It is not difficult to guess that the rare mineral was named after the Russian monarch. Based on this, alexandrite was a symbol of power, power and strength. People believed that it was this stone that protected the ruler from numerous attempts, therefore the alternative name of the mineral is the Imperial Stone. 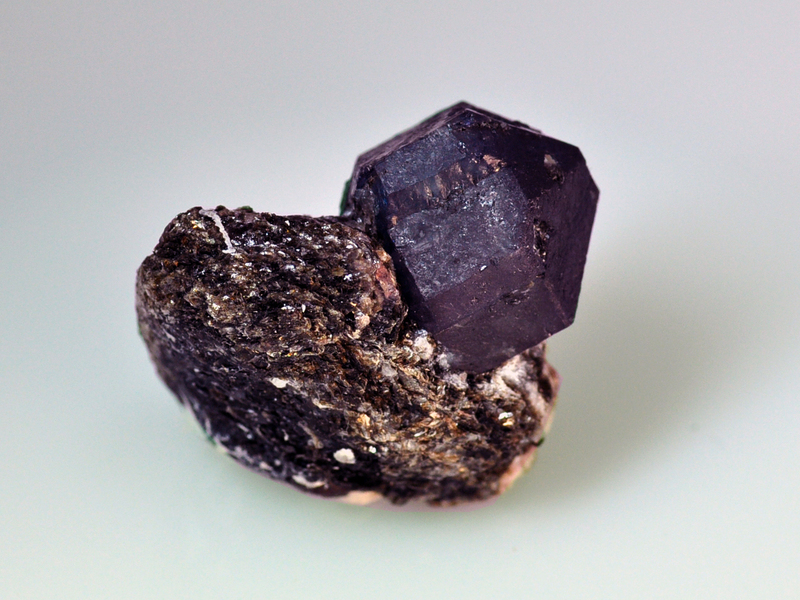 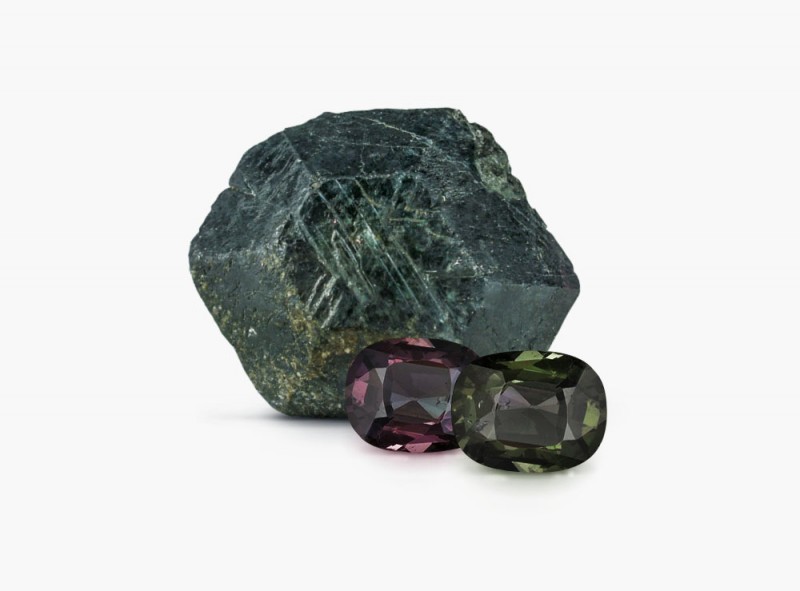 Why Alexandrite is called the widow's stone

The reputation of the mineral that gives strength and power was spoiled during the First and Second World War. At that time, not every woman was lucky; many had to bury their husbands who died on the battlefield. As you know, widows wore amulets or jewelry with alexandrite. From that time to this day on the territory of Russia, alexandrite is referred to as a widow's stone, symbolizing loneliness, grief and sadness.

People believed that the stone is able to warn about the death of loved ones, changing its color from green to purple or red, so alexandrite is a harbinger of misfortune and loneliness. Also, our ancestors were convinced that this gem can be worn only in pairs. Alternative names for the stone are the Ural Chrysoberyl (as it is mined in the Urals) or the Russian clothing stone (as it can predict the future). Now the “bad fame” of the mineral is forgotten, as evidenced by such a thing as the alexandrite wedding (the 45th anniversary). 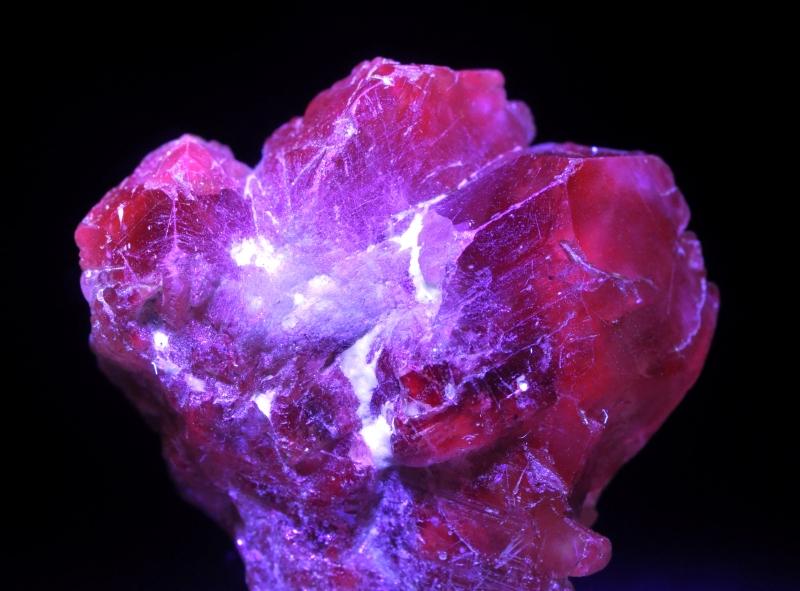 Description, types and cost of alexandrite

As mentioned earlier, alexandrite is a stone that is a type of chrysoberyl. The basis of the chemical composition - vanadium, iron and chromium, provides a unique color for the stone, the presence of the last chemical. Alexandrite is not a colorless, but transparent stone, the classic color of which is green-blue, however, there are instances of brown, yellow and olive colors.

In general, the shade of the mineral depends on where it is produced. For example, the Russian stone is the most amazing, since it has a classic color, which under artificial light changes to a crimson or purple color. The mineral mined in Africa or Brazil has a brown-golden color that changes to red. Stone formation occurs in quartz rocks, greisens and ultra-acid rocks. 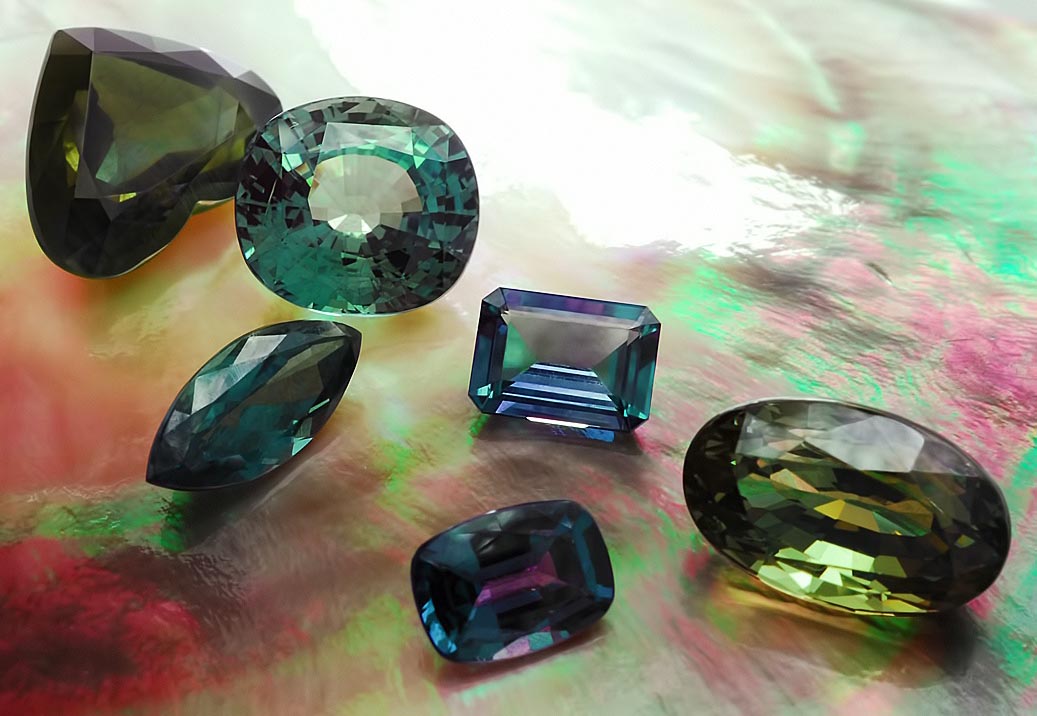 Since alexandrite is a rare mineral whose reserves in nature are almost depleted, it is not uncommon to see such a thing as a fake precious stone. In general, the stone is actively mined in Sri Lanka, in Brazil and African countries, however, the most precious mineral is in the Urals. Due to the fact that the stone has a high cost, and it is becoming more difficult to find it, jewelers began to use inserts of artificial stone created with the help of innovative technologies. Synthesized stone can also change its color, but it is several times cheaper.

The artificial mineral has no defects that natural stone may have, therefore it is almost impossible to outwardly distinguish it from the original. The main advantage of artificial stones in their low cost, while they have a surprisingly attractive appearance. As for the cost of alexandrite, it depends on the intensity, depth and degree of reverse, color and place of extraction of the mineral. Also, the final price will determine the size, purity and mass of the extracted crystal. 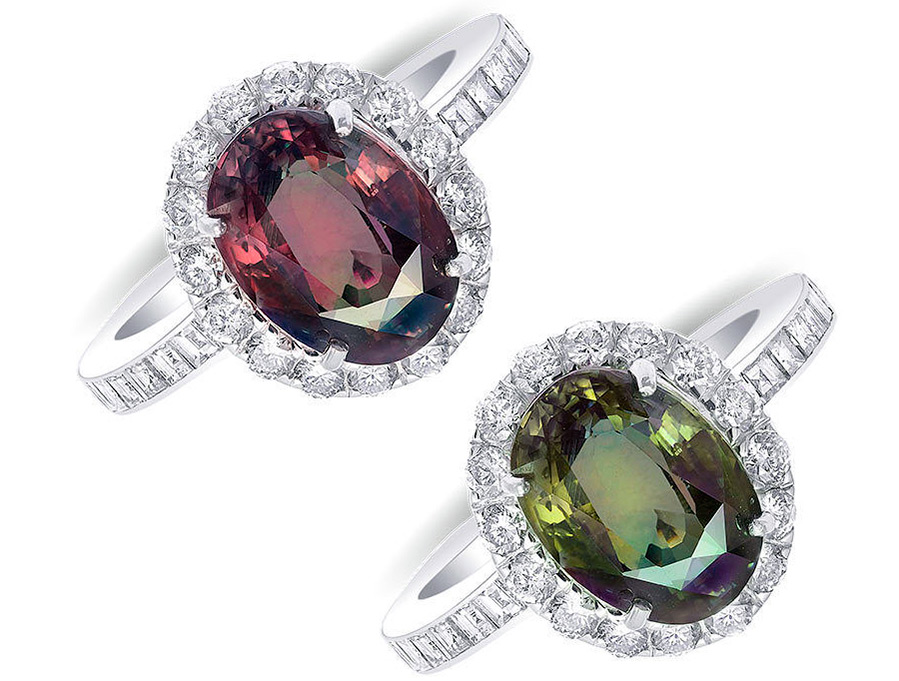 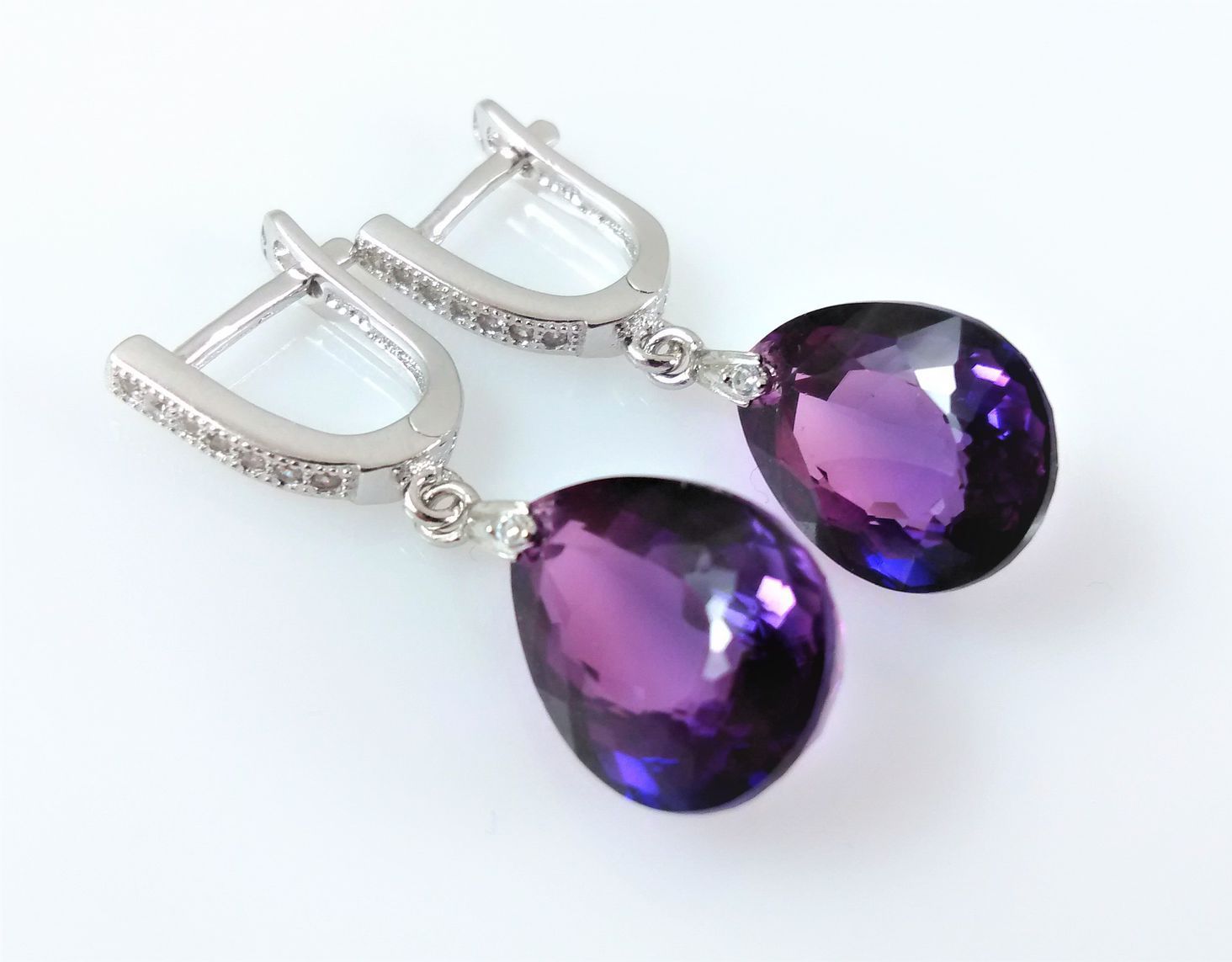 The Ural gemstone costs about 30-40 thousand dollars. Synthetic mineral is much cheaper - $ 500 per 1 carat. If a stone has a weak color intensity and a small color reverse, then its cost is about $ 300 per carat. Since alexandrite is not just beautiful, but also a very rare stone, the price of a cuttable mineral is not inferior to diamonds, rubies and emeralds. At the same time, alexandrite jewelry is not so simple, since they are all exclusive and do not have copies. Often, a stone is combined with a diamond, and gold or platinum is chosen as the metal.

It is believed that alexandrite has unique healing properties, therefore, is actively used in alternative medicine in oriental medicine. For example, in India, alexandrite is a stone of health and longevity, which has a strong energy. It is also believed that the mineral can affect the circulatory system, stabilize its work and purify the blood.

Other healing properties of the mineral: 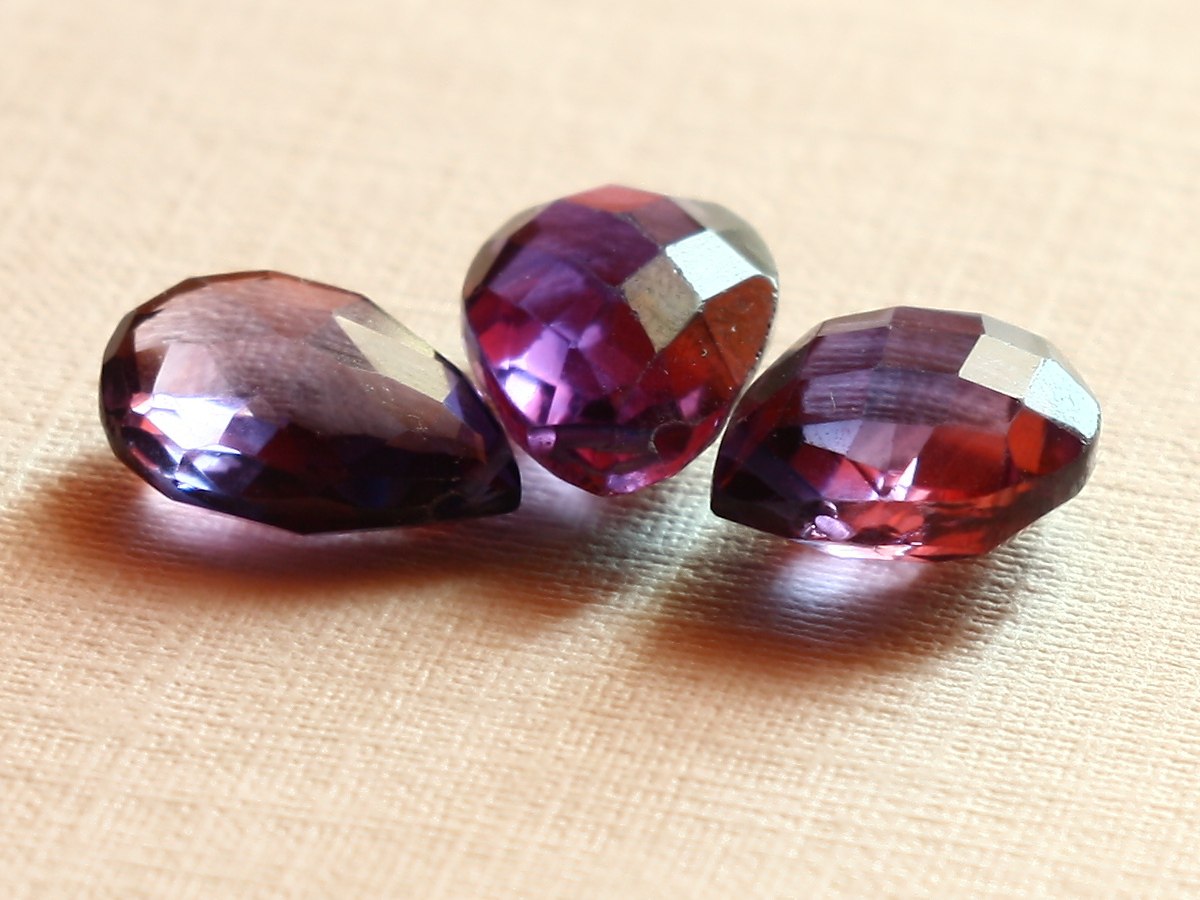 Alexandrite and its magical properties

Since alexandrite changes its color depending on the light and its intensity, it is considered to be the personification of love and jealousy. In the countries of the East, the mineral serves as a symbol of well-being and good luck, prosperity and long life. It is also believed that the stone predicts the future, changes, problems and important events, protecting the wearer from the negative. Jewelry with alexandrite can normalize the work of the nervous system, maintaining a good mood and filling a person with energy.

The magical properties of the mineral: 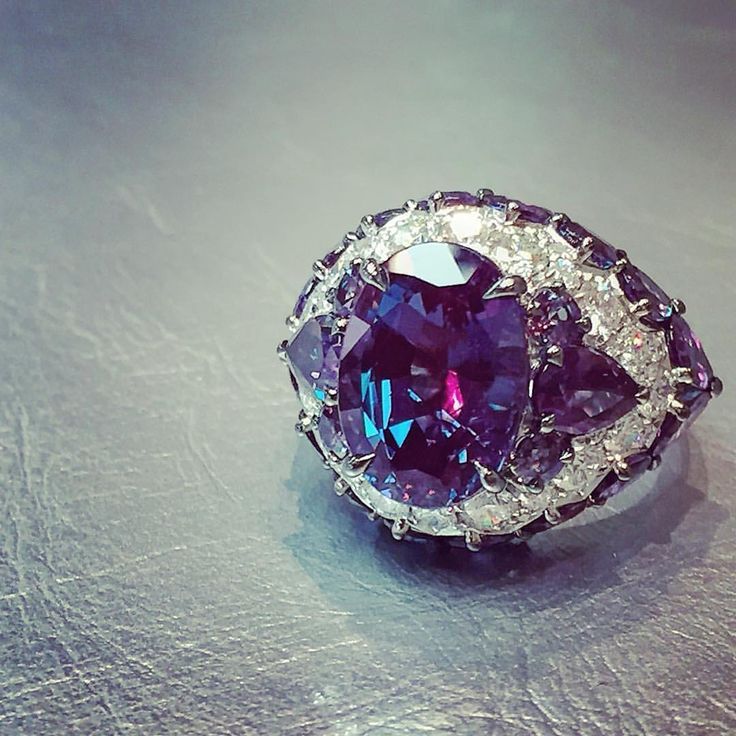 Who is suitable for alexandrite on the sign of the zodiac

First of all, it should be noted that alexandrite is a stone of strong and powerful people, so it is not suitable for people with weak temper. If you believe the astrologers, the best gem is combined with the zodiacs of the Water element and with the elements of the Earth. Amulets with this gem can wear the following signs of the zodiac: Scorpio, Pisces, Aquarius and Gemini, as he will give them luck.

The mineral is best combined with Aries and Taurus, as it will lead to strong and self-confident personalities to success, ensuring material well-being and success in loving endeavors. With regard to contraindications, the stone is not advised to wear such signs of the zodiac: Virgo, Cancers and Sagittarius. It is believed that alexandrite will weaken their energy, make them weak and vulnerable, and also attract misfortunes and failures. 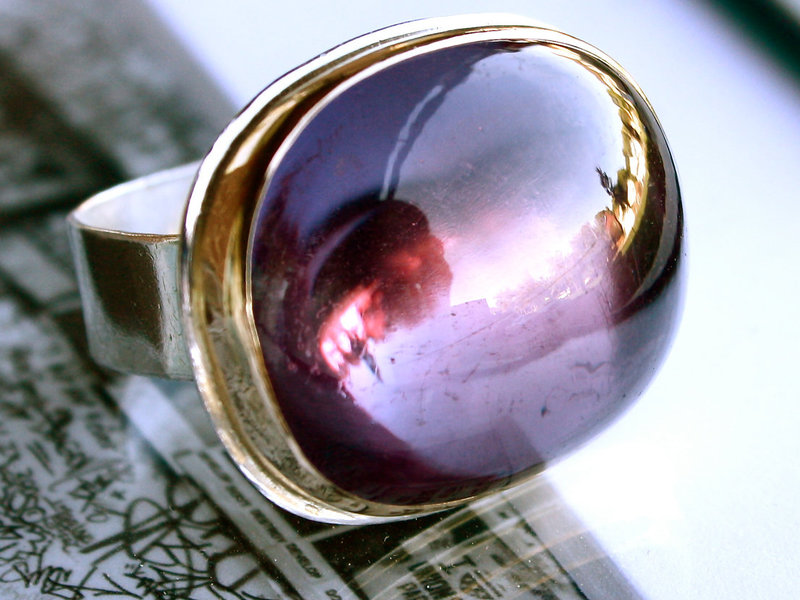 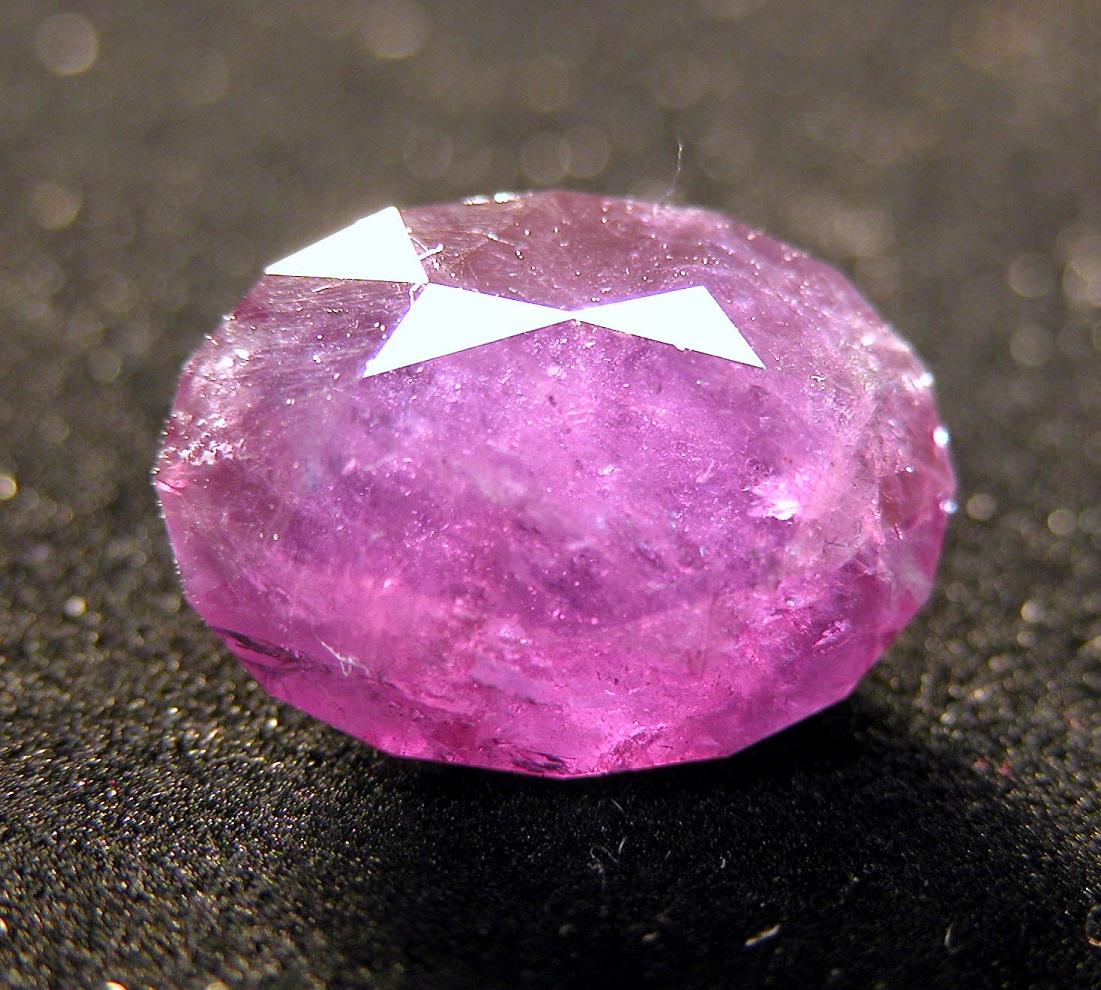 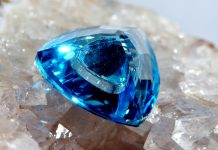 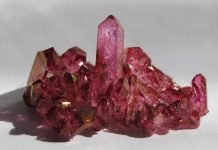 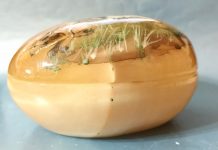 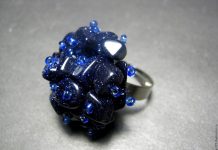 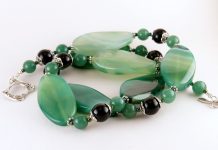 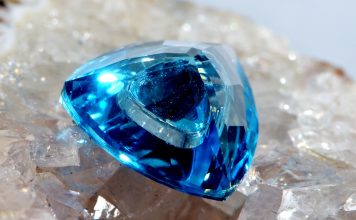 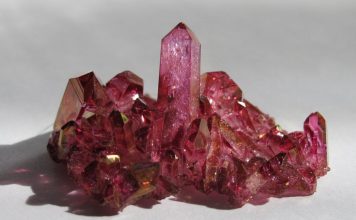 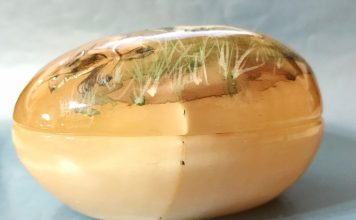 Fashionable dresses: trends and styles of the autumn-winter season 2019